This press release comes from South Central Regional Medical Center LAUREL, MISS. - Parkinson's disease is a progressive disorder of the nervous system that affects movement as certain nerve cells in the brain gradually break down or die. Many believe Parkinson's disease is a death sentence, but if treated, the disease is manageable for those who have been diagnosed. South Central Regional Medical Center is hosting a Parkinson's Awareness Day on Monday, April 30th to educate

HATTIESBURG, Miss. - Pine Belt native and Southern Miss student Amelia Strahan is on her way to the big leagues. “I’ll be interning at the Weekend Today Show in New York City, I’m really really excited, I’ve been a life long viewer of the Today show and the Weekend Today Show,” said Strahan. Before she accepted the NYC summer position, she interned here at FOX23. “I feel like I’ve learned a lot of different aspects of just the news in general...like how to conduct an intervie

(The following photos and press release come from the Hattiesburg Police Department. If you know where they are, call HPD or Metro Crime Stoppers at 601-582-STOP.) On Monday, April 30, Hattiesburg Police were notified of a missing person around 7 a.m. That person is 16-year-old Oscar O’Neal II, who was reported missing by his mother. O’Neal was last seen around 1 a.m. at his residence. He is believed to be with a white female, Nicole Jackson. Jackson, 30, a former school tea

PINE BELT - MyFOX23.com is compiling a list of local observances of the National Day of Prayer. To be included in this list, please e-mail myfox23@whpmtv.com and include the words "National Day of Prayer" in the subject line. Then, in the body of the message, please tell us where and when exactly your event will be held and provide a phone number, web address, e-mail address and/or social networking page. May 3, 7:30 a.m.: Southeastern Baptist College and Bethlehem Baptist 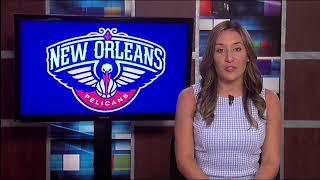 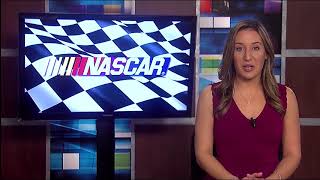 This press release comes from the Jones County Sheriff's Department HATTIESBURG, MISS. – The Jones County Sheriff’s Department is holding a public car auction for 17 seized and forfeited vehicles involved in controlled substance cases. There will be a special preview and preregistration held on Friday, April 27, 2018 from 12Noon-4:30pm at the site of the auction – 3 Park Hill Drive, Laurel (the former Crocker’s on the Hill parking lot). Registration is free. An additional p

HATTIESBURG, Miss. - The Project Stay organization hosted a ‘Light up the Foundation for Suicide Prevention’ event Thursday at the University of Southern Mississippi’s Shoemaker Square. “Suicide ideation and depression is so dark, so being in that dark place, what better than to have that gleam of light? Most of the time people say they can’t find it. So tonight, I hope they find it,” said USM senior, Founder and Director of The Project Stay, Shelley Griffith. The Project Sta 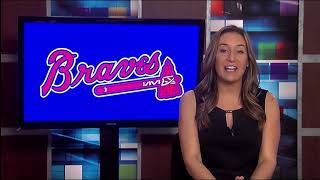