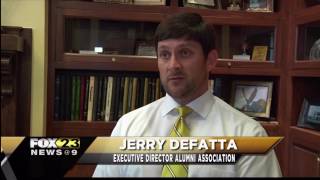 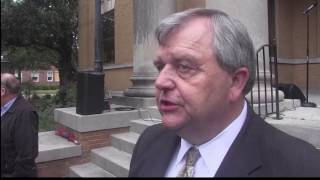 HATTIESBURG, MS. - The city of Hattiesburg and Mayor Johnny DuPree hosted its annual National Prayer Day breakfast Thursday at the Lake Terrace Convention Center. A Jackson Pastor, Dr. Jerry Young helped lead today's service prayer. Mayor Johnny DuPree said, “It is the one thing that pulls us all together." He continued, "You know when you have natural disasters we all pray, when you have personal disasters we all pray, you know when things happen in our lives that we can’t c

LAUREL, Miss. - The Laurel Police Department responded to a domestic call last Friday at the Super 8 Motel, but soon realized there was more than a domestic altercation. Corporal of narcotics, Jake Driskell said, "They ended up taking suspects, Eric Holifield and Debra Bonner into custody. Holifield was arrested for possession of heroin along with a domestic charge. Bonner was also taken into custody for some misdemeanor charges." Police said those two stole a F-250 truck fro

JONES COUNTY, Miss. - National Prayer Day took place across the country Thursday. The Jones County Sheriff's Department among with many in the community gathered at the Jones County Courthouse to worship and pray. Cary Kimbrell, National Prayer Day coordinator said, "It's very satisfying that the Christians can come together for prayer because when there is a common issue and a common enemy outside, it pushes us together. So, we've come together and it's very fulfilling and j 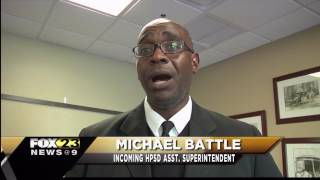 HATTIESBURG, MS. - The Hattiesburg Public School District (HPSD) will have new faces for the next school year. The district hired a new Hattiesburg High School Principal along with adding an Assistant Superintendent position. Michael Battle, a former Gulfport Central Middle School principal will be HPSD's new Assistant Superintendent. “Well our goal is to make sure our students are able to compete in the global market place" said Battle. He added, "And by doing so we want to 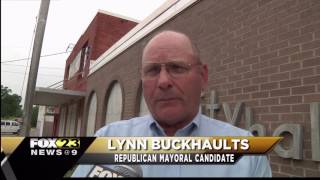 Longtime Ellisville mayoral candidates to square off in general election

ELLISVILLE, MS. - Two longtime Ellisville residents are vying for a chance to become Ellisville's next mayor after the incumbent Tim Waldrup decided to retire. Lynn Buckhaults won the Republican primaries Tuesday night against businessman Danny Shows and Kathy Pool. Buckhaults came in at 413 votes, Shows at 128 votes, and Pool at 29 votes. Buckhaults said, "The reason to run was to win, I appreciate the people that turned out, the support that I got, I really appreciate it. I 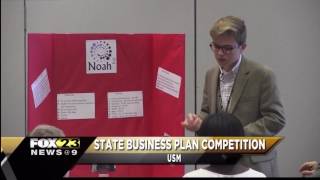 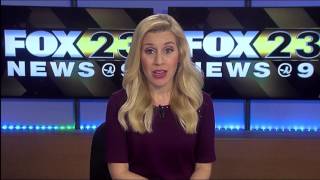 LAUREL, Miss. - Scams have been a concern recently. Laurel Police said they have received at least a dozen calls about a particular IRS scam. An unknown caller identifies himself as an employee with the IRS and tells people they owe the IRS money, and if they don't pay it immediately, local police will arrest them. Police want to remind citizens that the IRS does not call people over the phone. 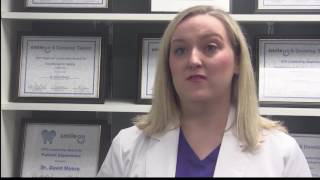 HATTIESBURG, Miss. - Kool Smiles will have its 3rd annual Sharing Smiles Day, which enable kids who don't have dental insurance to receive free dental care. State dental director, Dr. Tara Pursley said, "There is a gap with access to dental care with children who don't have insurance. As we all know dental treatment can be very expensive, so if kids don't regularly see the dentist, this treatment can be very expensive. So we want to make sure that kids who don't have dental i 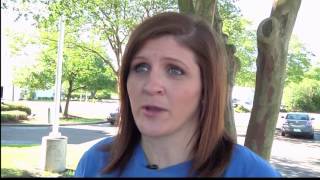 HATTIESBURG, MS. - The Junior Auxiliary (JA) of Hattiesburg is this week's Kindness In Action recipient. It is more than just a club of 100 women, JA consists of women who strive to make a difference in the community. Hattiesburg JA President Julie Russum said, "JA’s mission is to serve the children and families of the Pine Belt." The organization has 19 projects throughout the year where it helps children and families. “We help with areas like the ARC through out Penningtons
{"items":["5f7dfc23760a81001720dc7d","5f7dfc23760a81001720dc7e","5f7dfc23760a81001720dc7f","5f7dfc23760a81001720dc80","5f7dfc23760a81001720dc81","5f7dfc23760a81001720dc82","5f7dfc23760a81001720dc83","5f7dfc23760a81001720dc84","5f7dfc23760a81001720dc85","5f7dfc23760a81001720dc86"],"styles":{"galleryType":"Columns","groupSize":1,"showArrows":true,"cubeImages":true,"cubeType":"fill","cubeRatio":1.3333333333333333,"isVertical":true,"gallerySize":30,"collageAmount":0,"collageDensity":0,"groupTypes":"1","oneRow":false,"imageMargin":32,"galleryMargin":0,"scatter":0,"rotatingScatter":"","chooseBestGroup":true,"smartCrop":false,"hasThumbnails":false,"enableScroll":true,"isGrid":true,"isSlider":false,"isColumns":false,"isSlideshow":false,"cropOnlyFill":false,"fixedColumns":1,"enableInfiniteScroll":true,"isRTL":false,"minItemSize":50,"rotatingGroupTypes":"","rotatingCropRatios":"","columnWidths":"","gallerySliderImageRatio":1.7777777777777777,"numberOfImagesPerRow":1,"numberOfImagesPerCol":1,"groupsPerStrip":0,"borderRadius":0,"boxShadow":0,"gridStyle":1,"mobilePanorama":false,"placeGroupsLtr":true,"viewMode":"preview","thumbnailSpacings":4,"galleryThumbnailsAlignment":"bottom","isMasonry":false,"isAutoSlideshow":false,"slideshowLoop":false,"autoSlideshowInterval":4,"bottomInfoHeight":0,"titlePlacement":"SHOW_ON_THE_RIGHT","galleryTextAlign":"center","scrollSnap":false,"itemClick":"nothing","fullscreen":true,"videoPlay":"hover","scrollAnimation":"NO_EFFECT","slideAnimation":"SCROLL","scrollDirection":0,"scrollDuration":400,"overlayAnimation":"FADE_IN","arrowsPosition":0,"arrowsSize":23,"watermarkOpacity":40,"watermarkSize":40,"useWatermark":true,"watermarkDock":{"top":"auto","left":"auto","right":0,"bottom":0,"transform":"translate3d(0,0,0)"},"loadMoreAmount":"all","defaultShowInfoExpand":1,"allowLinkExpand":true,"expandInfoPosition":0,"allowFullscreenExpand":true,"fullscreenLoop":false,"galleryAlignExpand":"left","addToCartBorderWidth":1,"addToCartButtonText":"","slideshowInfoSize":200,"playButtonForAutoSlideShow":false,"allowSlideshowCounter":false,"hoveringBehaviour":"NEVER_SHOW","thumbnailSize":120,"magicLayoutSeed":1,"imageHoverAnimation":"NO_EFFECT","imagePlacementAnimation":"NO_EFFECT","calculateTextBoxWidthMode":"PERCENT","textBoxHeight":0,"textBoxWidth":200,"textBoxWidthPercent":50,"textImageSpace":10,"textBoxBorderRadius":0,"textBoxBorderWidth":0,"loadMoreButtonText":"","loadMoreButtonBorderWidth":1,"loadMoreButtonBorderRadius":0,"imageInfoType":"ATTACHED_BACKGROUND","itemBorderWidth":0,"itemBorderRadius":0,"itemEnableShadow":false,"itemShadowBlur":20,"itemShadowDirection":135,"itemShadowSize":10,"imageLoadingMode":"BLUR","expandAnimation":"NO_EFFECT","imageQuality":90,"usmToggle":false,"usm_a":0,"usm_r":0,"usm_t":0,"videoSound":false,"videoSpeed":"1","videoLoop":true,"jsonStyleParams":"","gallerySizeType":"px","gallerySizePx":680,"allowTitle":true,"allowContextMenu":true,"textsHorizontalPadding":-30,"itemBorderColor":{"themeName":"color_15","value":"rgba(0,0,0,1)"},"showVideoPlayButton":true,"galleryLayout":2,"targetItemSize":680,"selectedLayout":"2|bottom|1|fill|true|0|true","layoutsVersion":2,"selectedLayoutV2":2,"isSlideshowFont":false,"externalInfoHeight":0,"externalInfoWidth":0.5},"container":{"width":680,"galleryWidth":712,"galleryHeight":0,"scrollBase":0,"height":null}}
91011
12
13