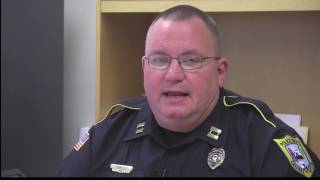 LAUREL, Miss. - The Laurel Police Department has released one of its captains. Sources said this person took inappropriate photos, and others have seen them. Laurel Police Officer, Cpt. Tommy Cox said, “We’re not going to make any comments on any specific complaints. And this is out of respect to an officer and this is also out of respect to the complainant. I’m just going to say as a department, any time a complaint is made against an officer, we have our procedures in order

HATTIESBURG, Miss. - The Southern Miss baseball team is having a very great season to say the least. The Golden Eagles have an overall record of (44-12) and a (25-5) record in conference play. If you think that’s nice, the Golden Eagles have not lost a game since April 23, and have enjoyed a 14-game winning streak ever since. The team is getting ready to play in the conference tournament Wednesday against UTSA where they are hoping to capture another conference championship f

HATTIESBURG, Miss. - One man has been arrested for aggravated assault. Hattiesburg Police said a domestic incident happened Saturday in the 500 Block of Melba Avenue. Police said Warren White shot his girlfriend in the leg during an argument. White left the scene, but was later arrested at 6051 U.S. Highway 49. The victim suffered non-life threatening injuries. The investigation is ongoing. 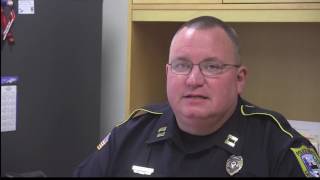 LAUREL, Miss. - Laurel Police recently received reports of vandalism in the downtown area. Police said they are currently talking with two young men who were involved in spray painting an alleyway and a couple of vehicles. Police are also looking for two juvenile females who were involved. Laurel Police Officer, Cpt. Tommy Cox said, “It’s important with anybody. But there’s been a big resurgence in downtown over the last several years, and it’s doing great. We don’t want to g

PINE BELT, MS. - Lawmakers will meet in Jackson June 5 for a special session called by Governor Phil Bryant last month to discuss the 2018 fiscal budget. Legislators ended their regular session in March without passing budgets for the Department of Transportation and Attorney General's Office. Mississippi State Senator Briggs Hopson tells FOX 23 he is hoping both the House and Senate will find a prompt solution for the unmet budgets. “You know I would hope so. I talk to a few 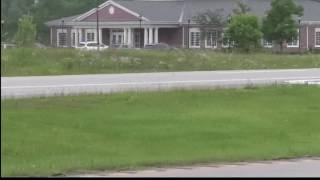 Ellisville man dies after being struck by vehicle, investigation ongoing

HATTIESBURG, MS. - An Ellisville man died after being struck by a vehicle Sunday on Veteran's Memorial Blvd. Forrest County Coroner Lisa Klem identified the victim as Joshua Douglas, 28, of Ellisville. Klem said Douglas died from the injuries sustained by the accident. According to Lieutenant (Lt.) Jon Traxler with the Hattiesburg Police Department (HPD), when officers arrived at the scene Douglas' body was found in a ditch where he was pronounced dead. "The car involved had 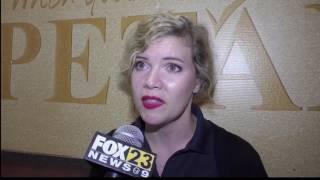 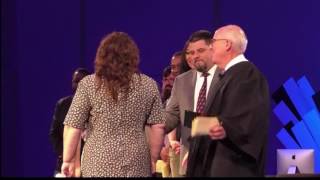 COLUMBIA, MS. - A group of 40 men and women celebrated a second chance at life during the Drug Court graduation ceremony at Woodlawn United Pentecostal Church Friday. The Drug Court program gives former drug users a chance to redeem themselves. It is a specialized court designed to handle cases involving less serious drug using offenders through a supervision treatment program. Circuit Court Judge Prentiss Harrell worked with the graduates and he said he is an advocate for se 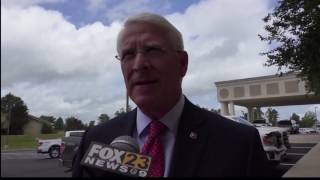 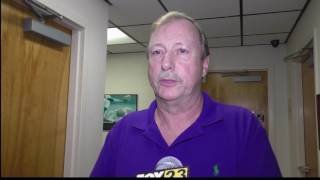 LFD apologizes to county firefighters after no immediate assistance

LAUREL, MS. - Laurel firefighters offered a public apology to county volunteers Thursday night after Sunday's Mothers Day fire incident. During a Jones County Volunteer Fire Department (JCVFD) meeting at the Jones County Emergency Operations Center, LFD made amends for not immediately responding to assist on a duplex fire on Redbud Drive. Laurel Fire Chief James Brown said in an exclusive FOX 23 interview his firefighters were on a lunch detail. “What happened is, that we hav
{"items":["5f7dfc1dc3a07a0017752c2c","5f7dfc1dc3a07a0017752c2d","5f7dfc1dc3a07a0017752c2e","5f7dfc1dc3a07a0017752c2f","5f7dfc1dc3a07a0017752c30","5f7dfc1dc3a07a0017752c31","5f7dfc1dc3a07a0017752c32","5f7dfc1dc3a07a0017752c33","5f7dfc1dc3a07a0017752c34","5f7dfc1dc3a07a0017752c35"],"styles":{"galleryType":"Columns","groupSize":1,"showArrows":true,"cubeImages":true,"cubeType":"fill","cubeRatio":1.3333333333333333,"isVertical":true,"gallerySize":30,"collageAmount":0,"collageDensity":0,"groupTypes":"1","oneRow":false,"imageMargin":32,"galleryMargin":0,"scatter":0,"rotatingScatter":"","chooseBestGroup":true,"smartCrop":false,"hasThumbnails":false,"enableScroll":true,"isGrid":true,"isSlider":false,"isColumns":false,"isSlideshow":false,"cropOnlyFill":false,"fixedColumns":1,"enableInfiniteScroll":true,"isRTL":false,"minItemSize":50,"rotatingGroupTypes":"","rotatingCropRatios":"","columnWidths":"","gallerySliderImageRatio":1.7777777777777777,"numberOfImagesPerRow":1,"numberOfImagesPerCol":1,"groupsPerStrip":0,"borderRadius":0,"boxShadow":0,"gridStyle":1,"mobilePanorama":false,"placeGroupsLtr":true,"viewMode":"preview","thumbnailSpacings":4,"galleryThumbnailsAlignment":"bottom","isMasonry":false,"isAutoSlideshow":false,"slideshowLoop":false,"autoSlideshowInterval":4,"bottomInfoHeight":0,"titlePlacement":"SHOW_ON_THE_RIGHT","galleryTextAlign":"center","scrollSnap":false,"itemClick":"nothing","fullscreen":true,"videoPlay":"hover","scrollAnimation":"NO_EFFECT","slideAnimation":"SCROLL","scrollDirection":0,"scrollDuration":400,"overlayAnimation":"FADE_IN","arrowsPosition":0,"arrowsSize":23,"watermarkOpacity":40,"watermarkSize":40,"useWatermark":true,"watermarkDock":{"top":"auto","left":"auto","right":0,"bottom":0,"transform":"translate3d(0,0,0)"},"loadMoreAmount":"all","defaultShowInfoExpand":1,"allowLinkExpand":true,"expandInfoPosition":0,"allowFullscreenExpand":true,"fullscreenLoop":false,"galleryAlignExpand":"left","addToCartBorderWidth":1,"addToCartButtonText":"","slideshowInfoSize":200,"playButtonForAutoSlideShow":false,"allowSlideshowCounter":false,"hoveringBehaviour":"NEVER_SHOW","thumbnailSize":120,"magicLayoutSeed":1,"imageHoverAnimation":"NO_EFFECT","imagePlacementAnimation":"NO_EFFECT","calculateTextBoxWidthMode":"PERCENT","textBoxHeight":0,"textBoxWidth":200,"textBoxWidthPercent":50,"textImageSpace":10,"textBoxBorderRadius":0,"textBoxBorderWidth":0,"loadMoreButtonText":"","loadMoreButtonBorderWidth":1,"loadMoreButtonBorderRadius":0,"imageInfoType":"ATTACHED_BACKGROUND","itemBorderWidth":0,"itemBorderRadius":0,"itemEnableShadow":false,"itemShadowBlur":20,"itemShadowDirection":135,"itemShadowSize":10,"imageLoadingMode":"BLUR","expandAnimation":"NO_EFFECT","imageQuality":90,"usmToggle":false,"usm_a":0,"usm_r":0,"usm_t":0,"videoSound":false,"videoSpeed":"1","videoLoop":true,"jsonStyleParams":"","gallerySizeType":"px","gallerySizePx":680,"allowTitle":true,"allowContextMenu":true,"textsHorizontalPadding":-30,"itemBorderColor":{"themeName":"color_15","value":"rgba(0,0,0,1)"},"showVideoPlayButton":true,"galleryLayout":2,"targetItemSize":680,"selectedLayout":"2|bottom|1|fill|true|0|true","layoutsVersion":2,"selectedLayoutV2":2,"isSlideshowFont":false,"externalInfoHeight":0,"externalInfoWidth":0.5},"container":{"width":680,"galleryWidth":712,"galleryHeight":0,"scrollBase":0,"height":null}}
34
5
67